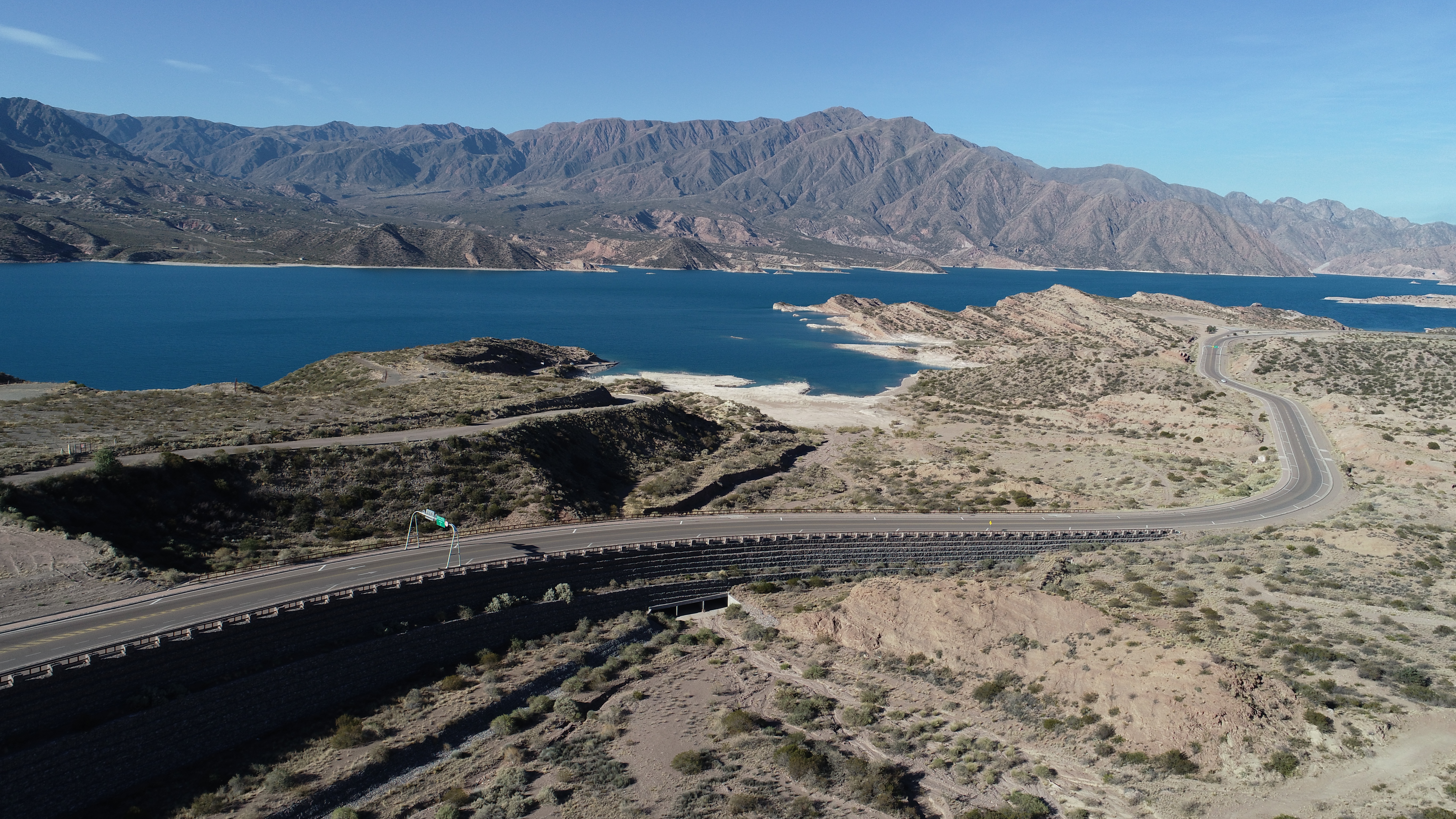 Construction of the Potrerillos dam in the province of Mendoza. 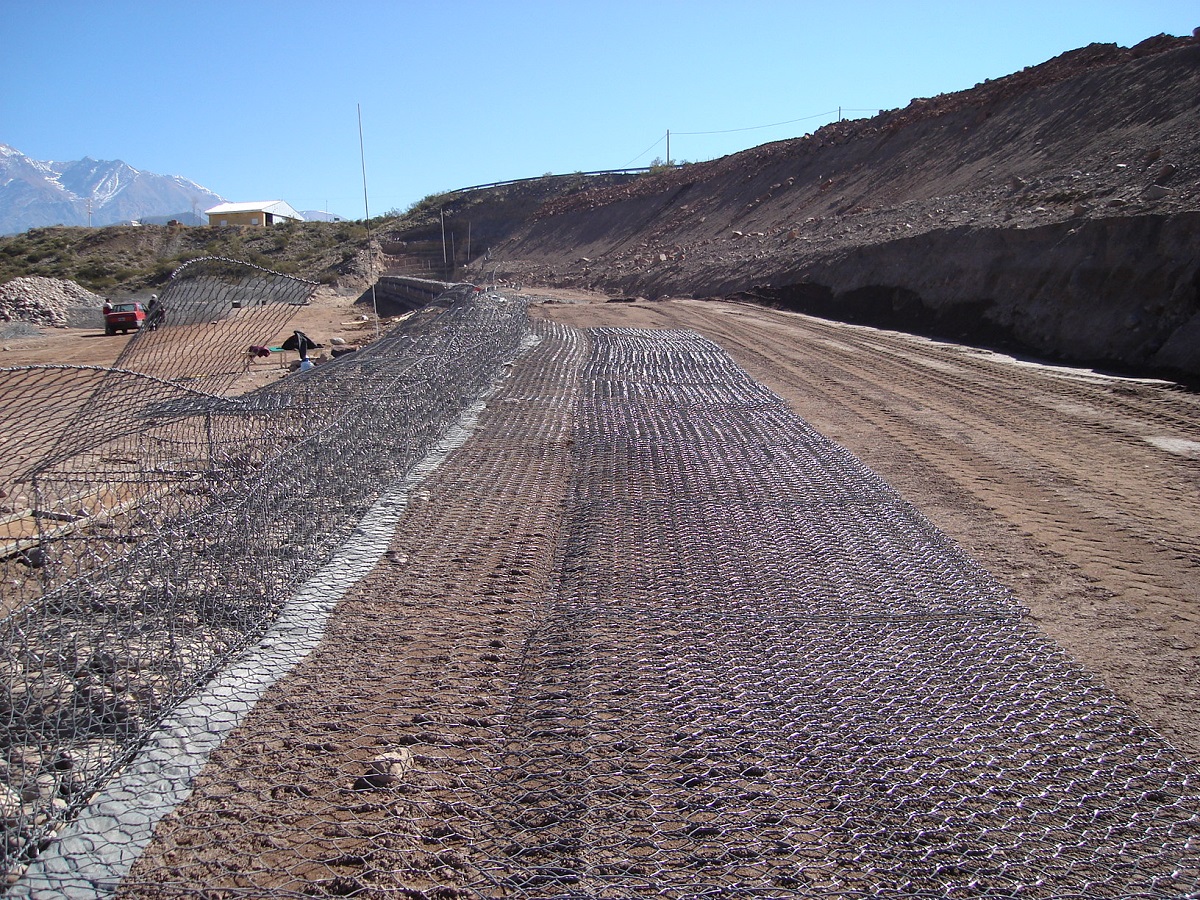 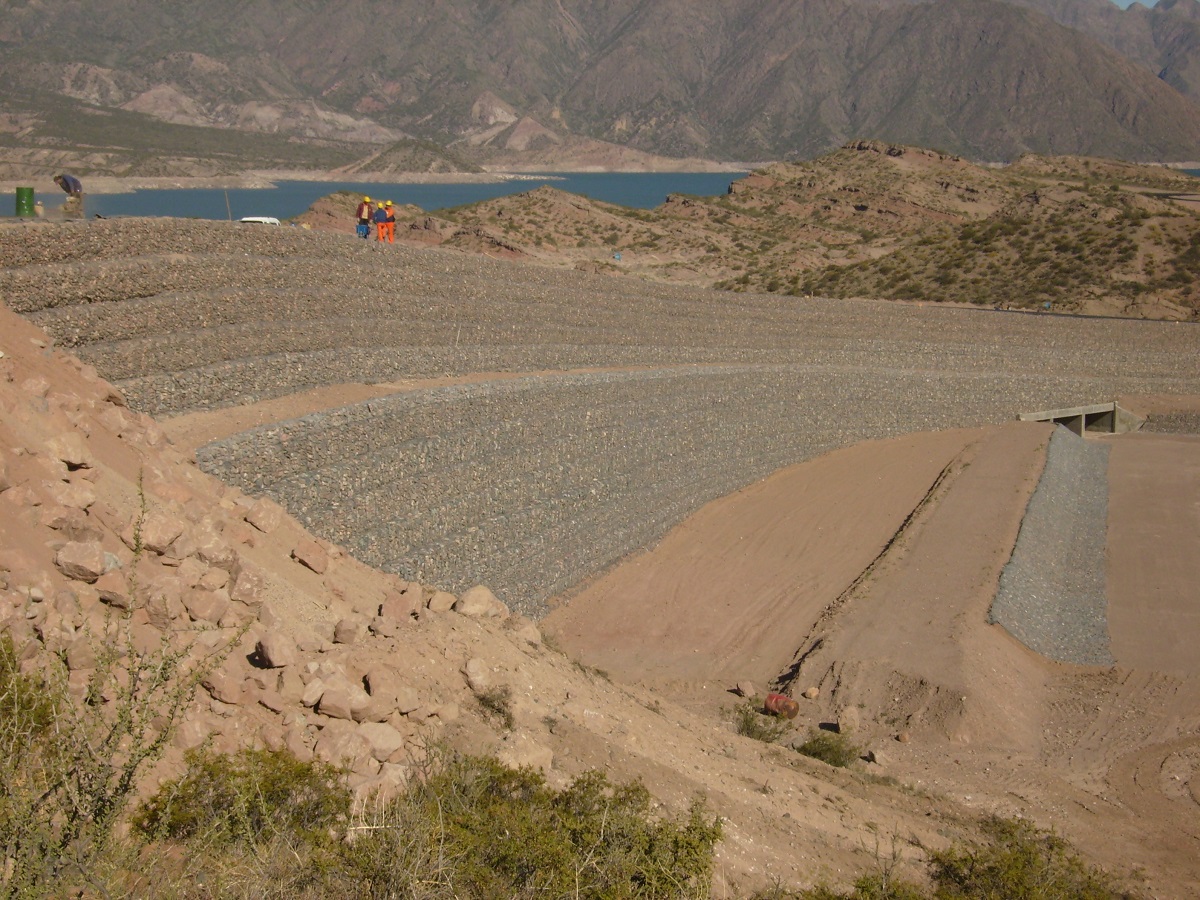 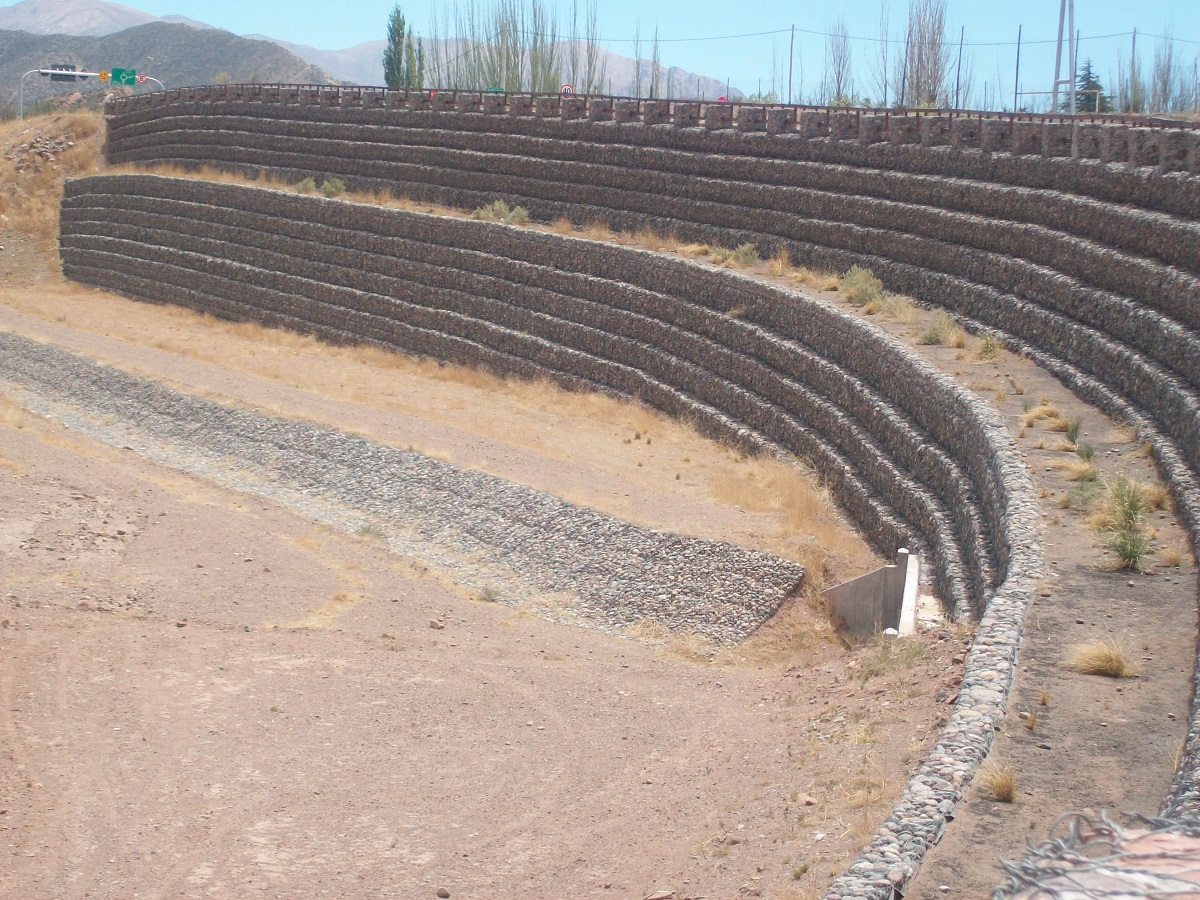 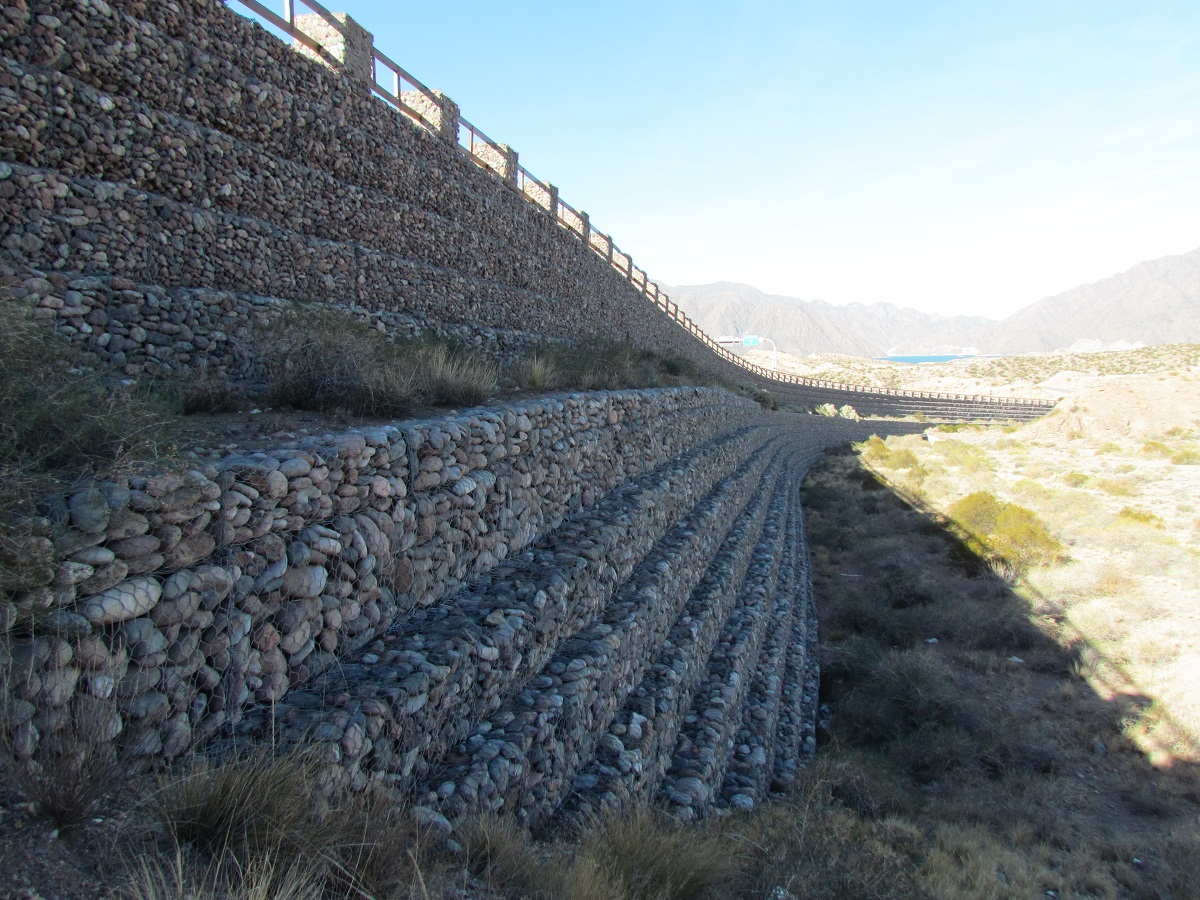 Our contribution to the recontruction of Route 82 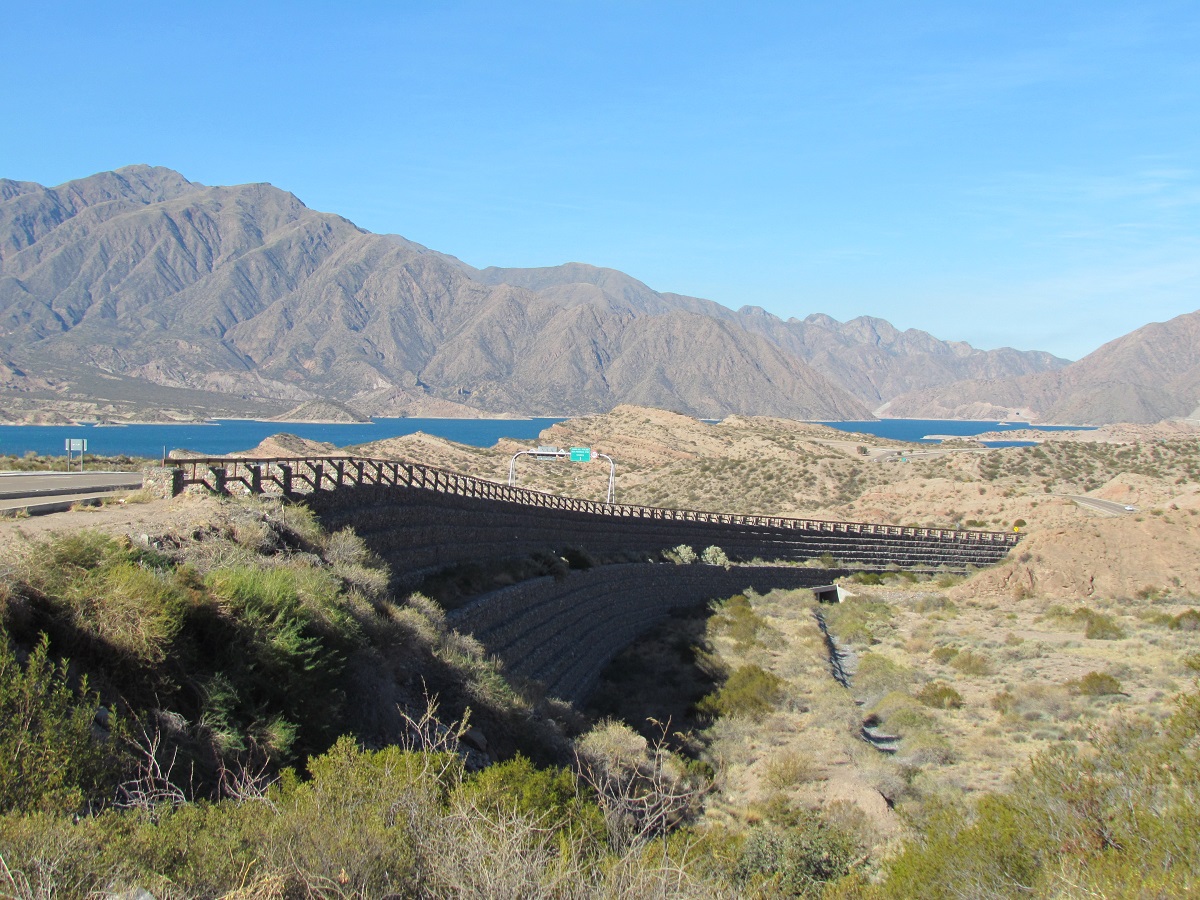 For the construction of the Potrerillos dam in the province of Mendoza. The dam was built between 1999 and 2003 by a consortium consisting of Industrias Metalúrgicas Pescarmona (IMPSA) to provide flood control, hydroelectricity and irrigation water.

The main problem was that in order to build the dam it was necessary to interrupt route 82. This route connected the cities of the region, like Potrerillos and Cacheuta. Once the construction of the dam was finished, work began on the reconstruction of route 82 in order to restore the connection between Potrerillos and Cacheuta. The trace of route 82 was also redesigned to generate a tourist path in the perimeter of the lake (reservoir).

The most adequate solution for the needs of the work was the reinforced soil. The structure was designed with TerraMesh™ System, the built wall has a maximum height of 15m and a 22° inclined vertical face. It was also necessary to provide protection at the foot with Reno® mattresses, in order to protect the structure from the effect of erosion from rainwater.