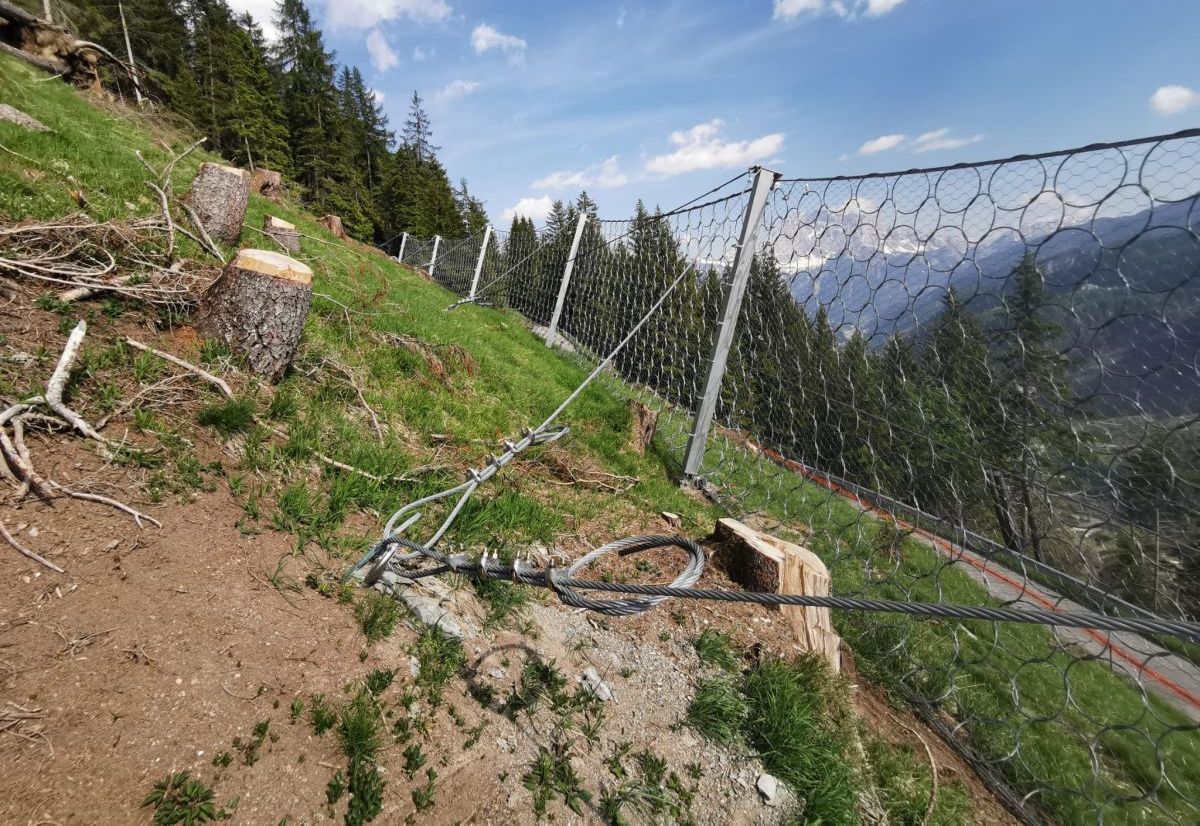 Natural Hazard Mitigation on the Alps

Rockfall barriers RB 2000 with an interception height of 4.0 m installed 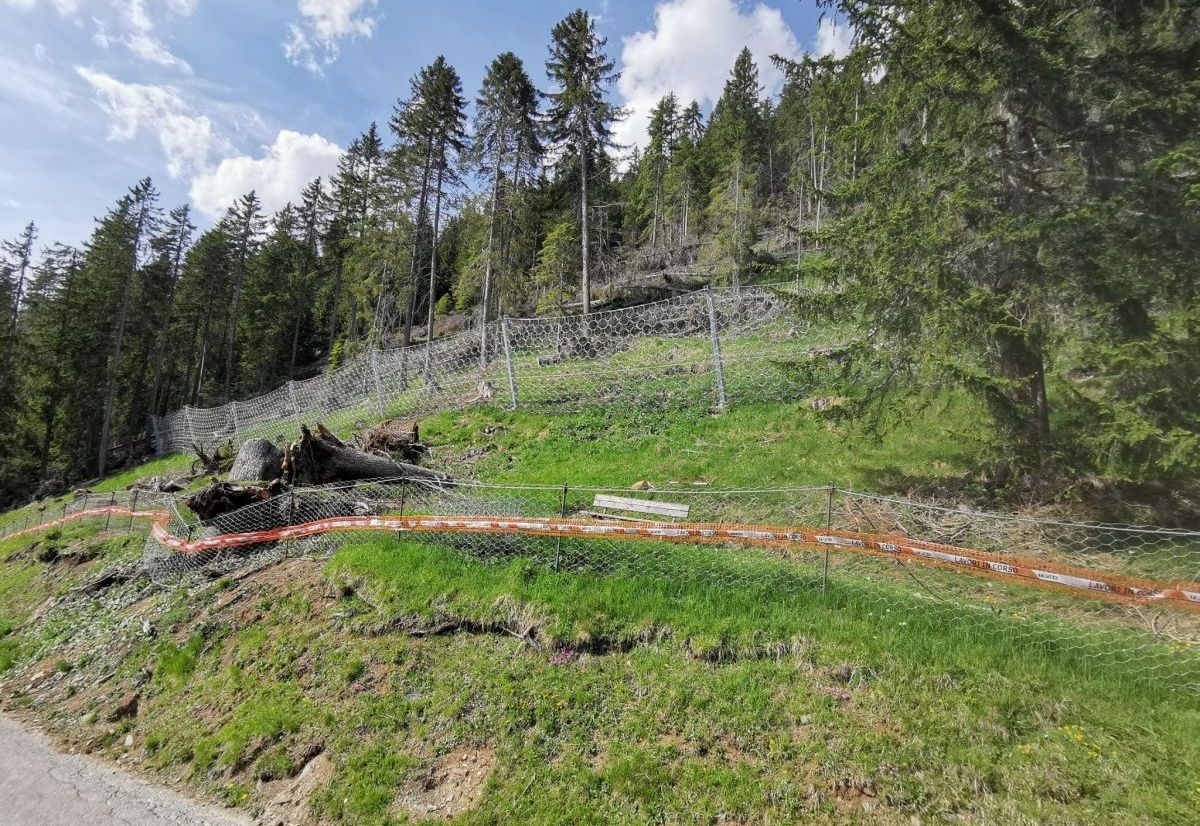 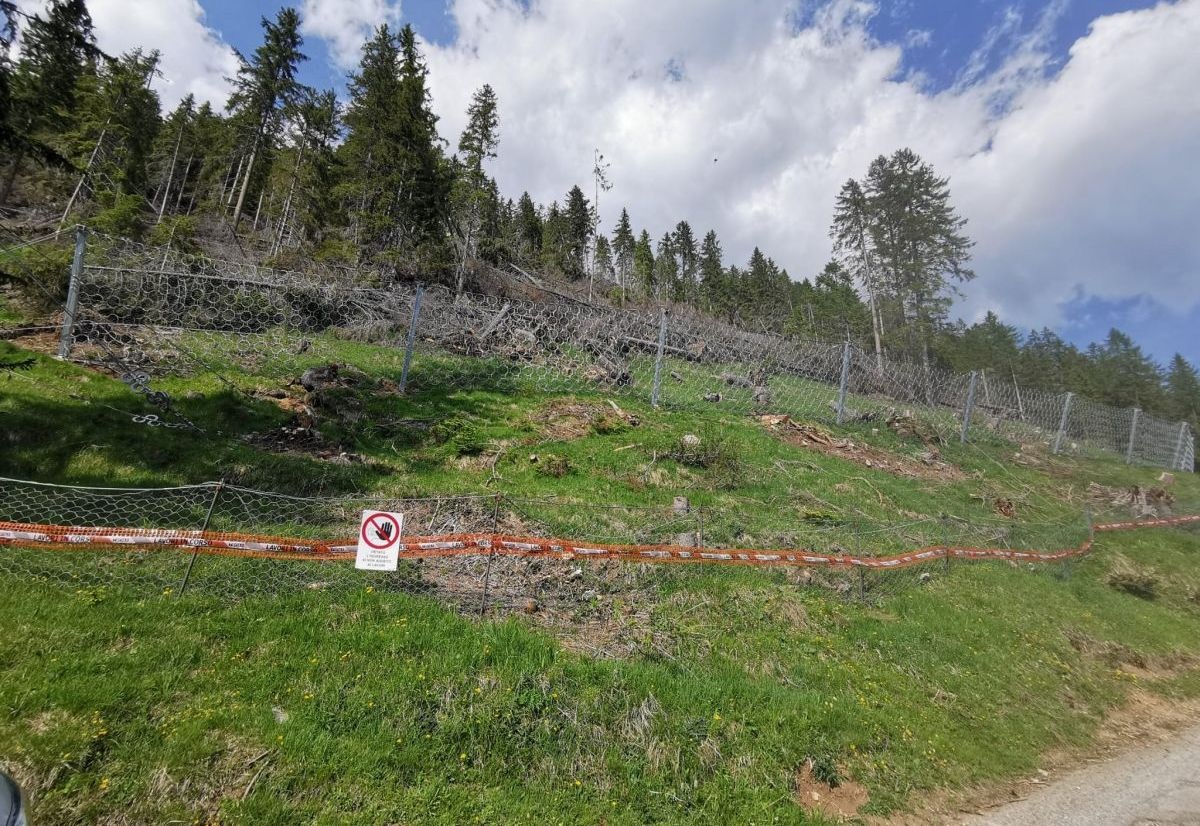 RB 2000: a quick to install protection

The flooding events of late October 2018, coupled with a very serious windstorm episode, have produced in the regional mountain territory and in particular in the Belluno area of the Alto Agordino, the destruction of large areas of forests.

A significant part of these woods, performed important protective functions in relation to the danger of avalanche fall in favor of inhabited areas, individual dwellings and related roadways of access. The need to remove the woody mass on the ground highlighted the need to carry out works that would ensure the stability of the snowpack, leading to a prevention of avalanche risk. The avalanche area under exam, located above the municipal road to Palla – Agai in the municipality of Livinallongo del Col di Lana, is an open slope with southern exposure and an average inclination of 35.5°; the area is about 7.5 ha, from elevation 1450 m asl to elevation 1650 m asl, for a maximum length of about 280 m and width of 420 m.

From the surveys carried out, there was the concrete possibility of rock falls that may detach from the overlying rock walls. This issue is evident also in the meadows below the road, where accumulations even of recent formation can be observed.

The conditions described above, have been greatly aggravated following the flood of October 2018, which led to the reshaping of the debris and eluvial cover due to the crashing of countless trees.

In the present intervention, rockfall barriers RB 2000 with an interception height of 4.0 m were installed in order to protect the road infrastructure and homes located downstream of the site avalanche from falling rocks.

The ease and speed of installation of this type of barriers made it possible to mitigate potential risks by putting people and assets in safety quickly, maximizing the effectiveness and efficiency of the intervention.